Lunar Landings – Did we go to the moon?

Apollo and the Whistle-Blowers – Book review

Apparently… we didn’t go to the moon in 1969. The Apollo missions were all faked. Sceptical? I was too, until I read this book after seeing a TV documentary on the subject. This book makes for fascinating reading – 568 pages analysing the photos and footage, this book provides conclusive proof (photos and testimonials) that we didn’t go (allegedly!) 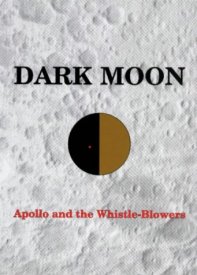 The theory goes that we didn’t go to the moon in 1969. We couldn’t have. The radiation would have killed Armstrong and Aldrin, and the X-rays would have zapped the photos. Add to that, examination of the photographs and TV footage show discrepancies that can’t be easily explained. NASA are keeping quiet, and the astronauts are evasive. It was all a con. At least, that’s the central basis of this book.

Channel Four showed a late-night discussion show on this subject some months back, and this show stimulated me to go and get a copy of this book… and I’m glad I did. Sceptics will love this book – I know, I’m one, but it has to be said that the evidence against NASA and the lunar landings is actually pretty compelling.

The authors have done their homework, and tried (not always successfully) to be unbiased. Speaking to Kodak, astronomers and engineers gives some credibility, but the book is worth its money for the thought-provoking photos. They clearly show multiple shadows and light sources, use of spotlights, and that all is not entirely as it seems, and that clues have been placed in photos by the “whistle blowers”.

The book seems to lose the plot towards the end, moving onto other, whackier, theories – such as the face on Mars and the Pyramids, but the conspiratorial aspect of the Apollo missions is why you’ll want to buy this 568 page tome. Personally, the only thing that the book could have improved upon for me was hearing a little more of what NASA had to say… could the authors have maybe pushed a little harder, or found some backdoors?

If you have an interest in our trips to the moon, buy this book.

Dark Moon: Apollo and the Whistle-Blowers

By accessing this website, you agree to the Site Terms & Privacy Policy (GDPR). If you continue to use this site, I'll assume you're OK with this. This site uses cookies, some of which are needed to make the site work and others help to improve it by letting me know how the site is used.OkMore Info